Souljourners is a three-year spiritual formation program for the training of spiritual directors.

If you are experiencing a call to spiritual renewal and at the same time want to learn the skills of discernment and deep listening to God, yourself, and others, let’s talk!

While these sessions are free, we ask that you register at least one week prior to the inquiry session you plan to attend. Persons attending via Zoom will receive an email message with a meeting link the day before the session.

Please note that the application deadline to begin the next Souljourners class, which starts in the fall of 2022, is May 31, 2022.

For any questions, please reach out directly to Mary Elizabeth Schweiger OSB at 913.426.7355.

One year of course work in the “Knowledge of God and the Christian Spiritual Tradition”.

One year of course work in the “Knowledge of Self and Graced Human Development”.

One year of practicum.

All Souljourners participate in a week-long residency in June during their first year in the program, and again during the second year of the program. Residency weeks take place at Sophia Center and provide an important opportunity for interaction with Souljourner faculty and fellow students.

The small group process is an important aspect of Souljourners weekend gatherings. It is through small groups, that students are given the opportunity to develop the necessary skills such as reflective listening, asking good questions, and being attentive. Through the small group experience, students establish a level of trust in which good learning can take place. They will receive suggestions and adaptations in their directing and have the opportunity to watch and learn from one another. Students are assigned to a small group and each group will have two Faculty Advisors. The small group will meet twice each Souljourner weekend and Group membership will remain the same for that year of the program.

For each of the two years of study, Souljourner students are expected to:

In September of their second year, students will begin a supervisory experience. In preparation for this, they are to meet with one directee for monthly sessions and bring a verbatim of one of those sessions to the Souljourners weekend. This will then be used in a Supervisory Session, conducted by a Souljourners staff member. The purpose of these sessions is to provide feedback and guidance to foster further improvement of skills as a Spiritual Director.

For the Practicum Year, Souljourner students are expected to:

Want to Help Sponsor a Souljourner?

If you would like to contribute to the support of a specific person in the Souljourners Program, please make sure to include their name in the note field when you donate. We welcome and are grateful for your contribution to the Souljourners’ scholarship fund! Your support helps cover some of the costs of the program tuition. 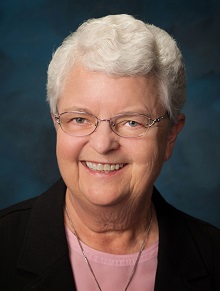 Sister Mary Elizabeth Schweiger, OSB, is a member of the Benedictine Community of Mount St. Scholastica.  She earned her master’s degree in Liturgy from St. John’s University in Collegeville, MN, and in Christian Spirituality from Creighton University. Mary Liz worked in pastoral ministry for many years in the Kansas City area. After 12 years as sub-prioress of Mount St. Scholastica, she has been on the staff of Sophia Center since 2011. She is the Director of Souljourners and Coordinator of the Oblate Directors of the Mount. Mary Liz also serves on the Community Council, does spiritual direction, and offers retreats. 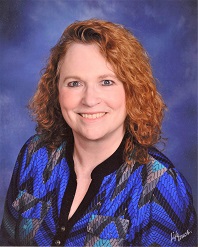 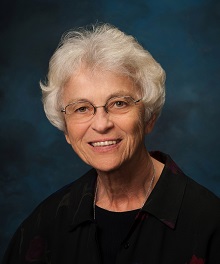 Sister Micaela Randolph, OSB, is a member of the Benedictine Community of Mount St. Scholastica. She earned a master’s degree in Religious Education from St. Meinrad’s in Meinrad, IN in 1979 and a master’s degree in Christian Spirituality from Creighton University in 1990. Micaela is a former Director of Initial Formation for her community. She has been ministering in Sophia Center since 2003 and served as Director of Souljourners for 15 years. She continues to serve on the staff of Souljourners along with offering spiritual direction, supervision, and retreats. 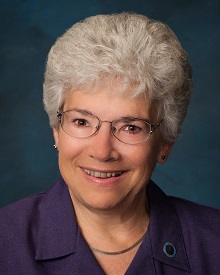 Sister Marcia Ziska, OSB, is a member of the Benedictine Community of Mount St. Scholastica. She earned her master’s degree in Christian Spirituality from Creighton University and a Certificate in Spiritual Direction. She has served in pastoral care and received her pastoral certification from Bethany Medical Center in Kansas City, KS. Currently, she serves her community as Vocation Minister and is on the staff for Souljourners. She offers spiritual direction, supervision and retreats. 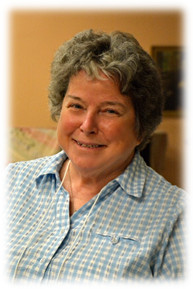 Janice Brandon-Falconehas been active in parish work for many years and is a retired professor of United States History at Northwest Missouri State University. She holds a PhD in American Studies from Saint Louis University. Janice graduated from Souljourners in 2014 and has been a staff member in the program since 2015. She hosts a weekly community meal at her parish in Maryville, does spiritual direction, and is interested in contemplative prayer practices and spiritual listening. 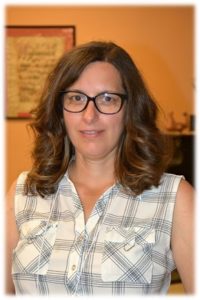 Renee Bhatia is a Spiritual Director living in Overland Park, KS. She serves as a staff member of the Souljourners program from which she graduated in 2015. She received a Masters of Divinity degree from Candler School of Theology at Emory University in Atlanta, GA. She currently is studying Expressive Arts and its relationship to spirituality and spiritual direction. 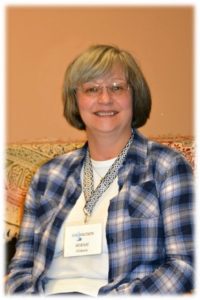 Bernadette “Bernie” Graves lives in Kansas City, MO. She is a graduate of the New Wine Lay Ministry Formation program and participated in parish ministry for many years. She graduated from Souljourners in 2013 and was an intern with the Souljourners program from 2015-2017. She is presently serving on staff. 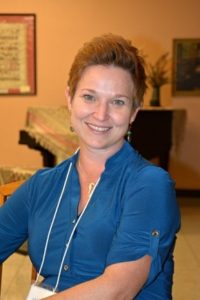 Shana Puckett earned a Master of Arts in Nonprofit Management from Regis University and currently works in private practice as a Spiritual Director, Supervisor and Leadership Development Consultant. She served as a lay minister for more than 20 years in a variety of faith communities and on staff with the Souljourners program since 2015. Shana is the founder of Wayfarer Consulting and offers retreats, workshop facilitation, and speaking related to spiritual practice and healing. She is currently enrolled in a three-year professional shamanic practitioner training. She is passionate about gathering in inclusive inter-spiritual communities, and holistic, embodied spirituality. 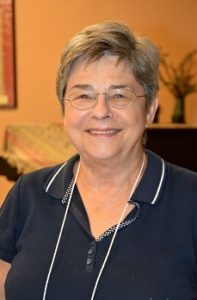 Sister Mary Pat is a member of the Sisters of Charity of Leavenworth, KS. Mary Pat studied at Gonzaga University and earned a master’s degree in Christian Spirituality and a Certificate in Spiritual Direction from Creighton University in Omaha, NE. She is a spiritual director and retreat leader and enjoys Jungian psychology, dream work, and Christian contemplative and meditative practices. 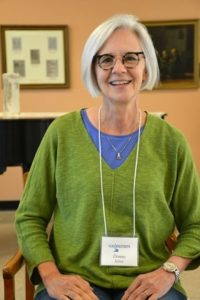 Donna Kehoe earned a master’s degree in English Literature and worked for more than thirty years as an adjunct faculty member, writer, and editor, spending many of those years in Christian publishing. She graduated from Souljourners in 2018 and served as an intern, until joining the staff. Donna has been active in local church ministry for many years, leading small groups, mentoring youth, and offering spiritual direction. She is passionate about the ways the Spirit transforms and accompanies people in their daily lives. 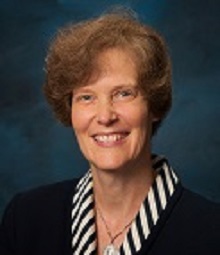 Sister Susan Barber, OSB, is a member of the Benedictine Community of Mount St. Scholastica in Atchison, KS. She received a master’s degree in Music from UMKC and a master’s degree from Catholic Theological University in Chicago. Susan is currently the community’s liturgist. She is one of the community’s main organists and pianists. Susan graduated from Souljourners in 2018 and offers retreats at Sophia. 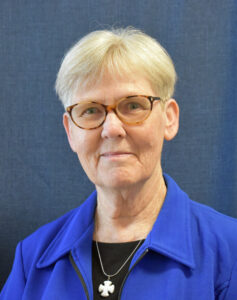 Sister Patricia Seipel ministered as a teacher for many years in Missouri and Kansas.  She also worked at Keeler Women Center.  Presently she serves as Community Formation Director, does spiritual direction and is a team member of Souljourners.  She enjoys art, being outdoors, arranging flowers for the chapels, working with the bees and making various kinds of rosaries for Monastery Goods. 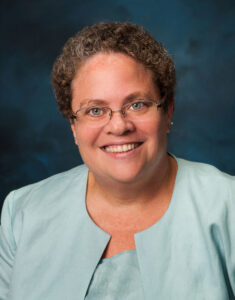 Sister Suzanne Fitzmaurice Fitzmaurice grew up in Omaha, Nebraska. She graduated from Creighton University with degrees in Elementary Education and Ministry, previously working throughout the south as an area director with the Jesuit Volunteer Corps and then as a Director of Youth Ministry, prior to entering Mount St. Scholastica. She taught and was campus minister at Notre Dame de Sion High School before earning a Masters in Theological Studies at the Franciscan School of Theology. She taught at Cristo Rey Kansas City High School before she served as associate director of the Keeler Women’s Center in Kansas City. She joined the Sophia Spirituality Center as Director of Hospitality in 2021, also graduating from the Souljourners program and serving as a spiritual director.