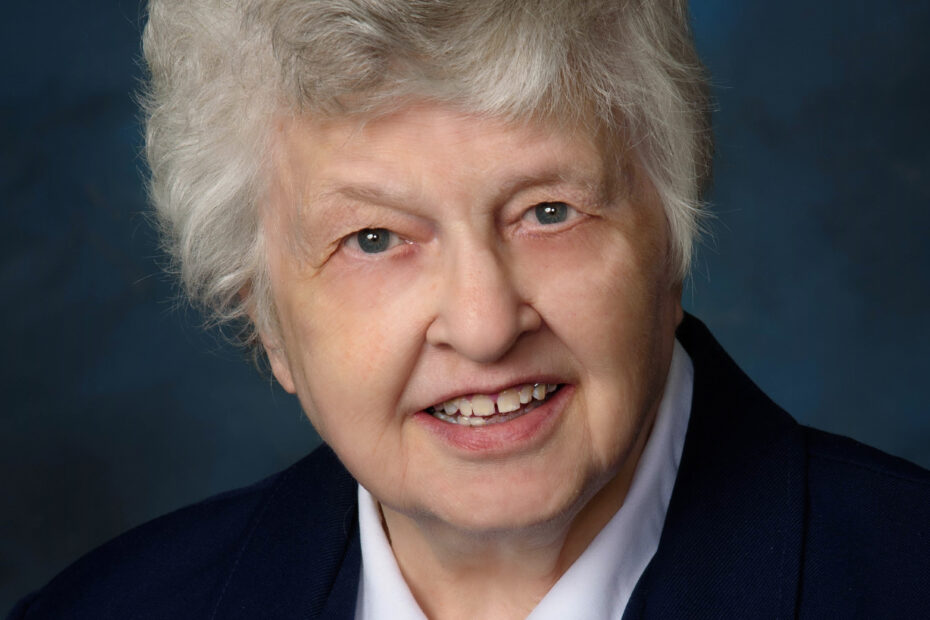 My life began May 13, 1929 in Kansas City, Mo. I attended Guardian Angels Grade School which was taught by the Benedictine Sisters of Mount St. Scholastica. This was followed by a year and a half in the Academy in Atchison. I entered the monastery on January 14, 1945 and became a primary teacher. I taught mostly in Kansas with a few years in Missouri and one year as a kindergarten teacher in Colorado.

In 1962 I began working as an archivist during the summer. In 1993 I stopped teaching and became a full-time archivist (with other jobs also!)

Now I am retired and live in Dooley Center, I enjoy comparative good health. No cane, no walker, no wheel chair. I spend my mornings embroidering. In the afternoons I read or use my iPad.

However, but, and mostly, I look forward to the joys of Heaven.