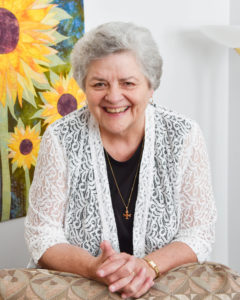 Previously, she worked as a family counselor in Kansas City  and served as president of the Federation of St. Scholastica for three terms.

An advocate against abuse in all its forms, Sister Esther delivered an address in 2000 about the sexual abuse of sisters to a Rome congress of 250 Benedictine abbots. During a sabbatical year, she worked pro bono for the Center for Survivors of Torture and War Trauma, St. Louis, Missouri, and has also provided counseling to victims of torture and violence through Catholic Charities of Northeast Kansas.

She is an avid fan of the Kansas City Chiefs.