Reflection for the Vigil of the Third Sunday of Advent 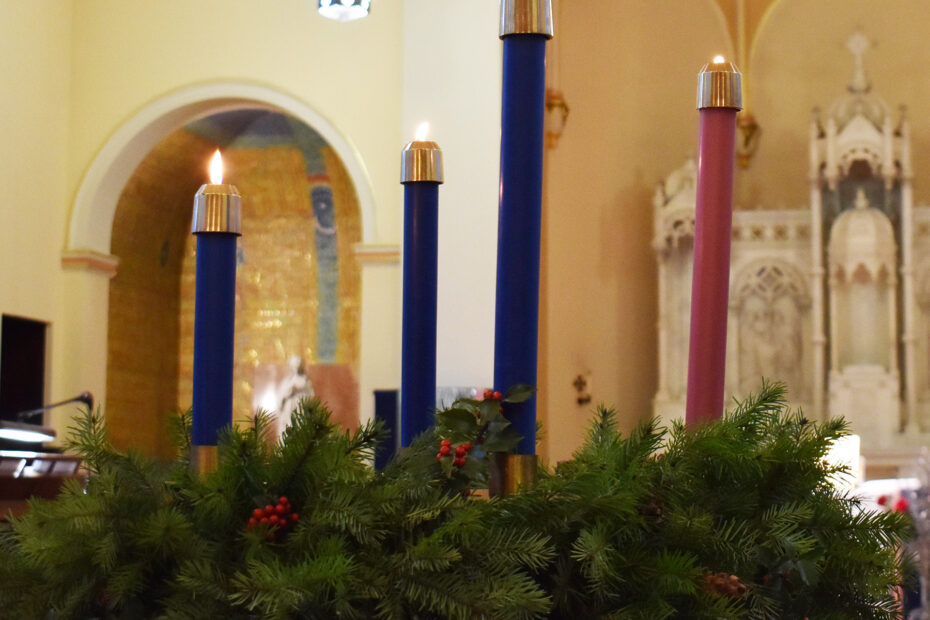 Several years ago, my home visit coincided with my nephew’s fifth birthday. I watched his three-year old sister set the dining room table to prepare for his party. She set the paper plates around the table, the napkins, and continued until she had the centerpiece in place. For me there was one serious problem—his party was three days away. When my sister came to stand beside me, I asked her “Do you want her to play with all that stuff?” She said “Sure, anticipation is part of the fun.”

In fact, there are many kinds of anticipation, of waiting. On this Gaudete Sunday, we are waiting with joy, with fear, and with excitement. How did Isaiah, who is about “to bring good news,” feel as he described the one who would come to save God’s people from devastation and sorrow? Was he filled with the joy of anticipation or anxiety. More likely he was filled with hope that comes with trust in a loving and faithful God. Isaiah describe the savior God will send as one who will, among other things, “[bring] release [to] prisoners,” “bind up the brokenhearted,” and “love justice” (NRSVUE). Isaiah’s God is ever-present, constant, true to his word, and, most of all, loving.

Centuries later, John the Baptist, another prophet, in fact the last before Jesus, also promised a savior and now John wants to know if Jesus is the one who is to come? John, who has spent his adult life preparing the way for the Messiah, wants to know if, in fact, Jesus is the promised one. Jesus lets his works speak for him: “Go and tell John what you hear and see: the blind regain their sight, the lame walk . . . , the dead are raised and the poor have the good news proclaimed to them” (Matt. 11, NABRE). After centuries of waiting, the savior has come, he is here, he is present, and that presence is found in each of us. The waiting is over . . . . Or, is it?

Indeed, he has given us the great privilege of being among those who are commissioned to show God’s love to a world that needs God’s love in action. There is war, suppression, and unbelievable cruelty in places like Ukraine, the Central African Republic, Yemen, and in so many other places that the UN calls “hot spots.” What can we do? Actually, we can do something. We can bring the good news to a desperate people, and we can be proof that he is come to a world that waits.