Reflection for the Feast of the Dedication of St. John Lateran Basilica in Rome 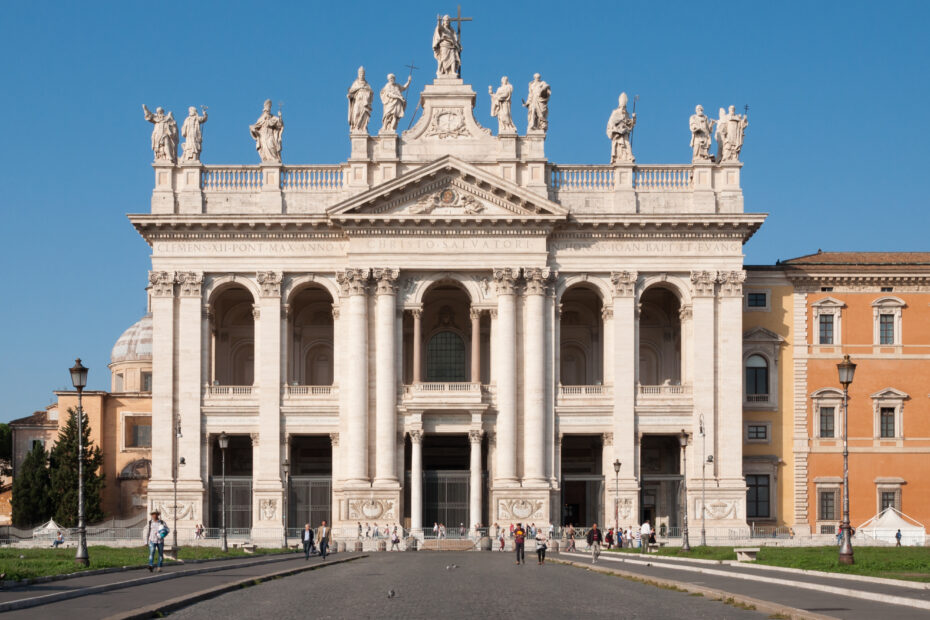 Reflection for the Feast of the Dedication of St. John Lateran Basilica in Rome

Then, it occurred to me that the dedication of a church is a celebration of the community. It is the community that builds the church. So the feast is not about the building, but the people. The feast of the consecration of our chapel is about our community as the local church, the feast of the dedication of the cathedral is about our archdiocese, and the celebration of this feast, the episcopal church of the diocese of Rome, and thus of the Pope as bishop of Rome means today we are celebrating the universal church.

A little history of the Church of St. John Lateran may help us to get some perspective. The property originally belonged to one of the wealthy families in Rome, the Laterans. When the property came into the hands of Emperor Constantine, he donated it to the church. It became the palace of the bishop of Rome, and the church was dedicated to Christ our Savior in 324 AD.

The church has seen many changes since then and has survived. The basilica was damaged by an earthquake in 443, a vandal attack in 455, another earthquake in 896, a fire in 1308 and again in 1360, and sometimes it fell into neglect. It was repaired according to the architectural customs of each time.

On the front wall of the basilica is this inscription: “Most Holy Lateran Church, mother and head of all the churches in the city and the world.”

The Lateran palace was the pope’s residence until 1309, when the Pope moved to Avignon in France. At the end of that time, the Pope again resided in Rome, but moved to another site that eventually became Vatican City. Still, the Basilica remained as the official church of the bishop of Rome, the Pope.

During that long history, the cathedral was burnt down several times and reconstructed according to the best architects of the time. Then, it was rededicated. If you visited the Basilica while you were in Rome, you would not have seen much of the original cathedral.

A series of five important councils, a gathering of the bishops with the Pope, were held at the Lateran palace from the twelfth to the sixteen centuries. They are known as the First (1123), Second (1139), Third (1179), Fourth (1215), and Fifth Lateran Councils.

The Lateran Councils were responding to the signs of the times, but resulted in an increasing centralization of the church, affirming the authority of the papacy and ruling on disputed questions that began to be raised in the Middle Ages. Other Councils followed, always seeking to restore unity in the church regarding doctrinal and organizational issues in troubling times. We are probably most familiar with the 16th century Council of Trent, in response to the Protestant Reformation; Vatican I, in response to the enlightenment; and other issues of the 19th century and, of course, Vatican II, with which we are all familiar.

Today, sixty years after Vatican II, we are confronting another epochal change in world culture. Our current bishop of Rome, Pope Francis, is calling us again to look at the culture of our time and assess how we are responding to our current global culture.

In his call to synodality, Pope Francis is calling us to look at the way we are living as Church. Are we walking as Jesus would? How faithful are we to the Gospel? Have we become so comfortable with an ecclesial culture that we can no longer see or hear the poor? Are we welcoming one another, not as foreigners or aliens, but as fellow citizens of the household of God? Can we listen to one another, even when someone’s culture is different from ours?

Let us pray for our universal church, that we can once again be called back to who we are: the Body of Christ. “In him the whole structure is joined together and grows into a holy temple in the Lord; in whom you also are built together spiritually into a dwelling place for God.”

St. John the Baptist, pray for us, that as a church, we may hear God’s call to conversion.

St. John the Evangelist, pray for us, that as a church, we may live the Good News according to the example of Jesus.

Let us listen to the Spirit who speaks to the whole Body of Christ and to the signs of our times, so that we may truly worship in spirit and in truth.