Reflection for the Feast of the Assumption 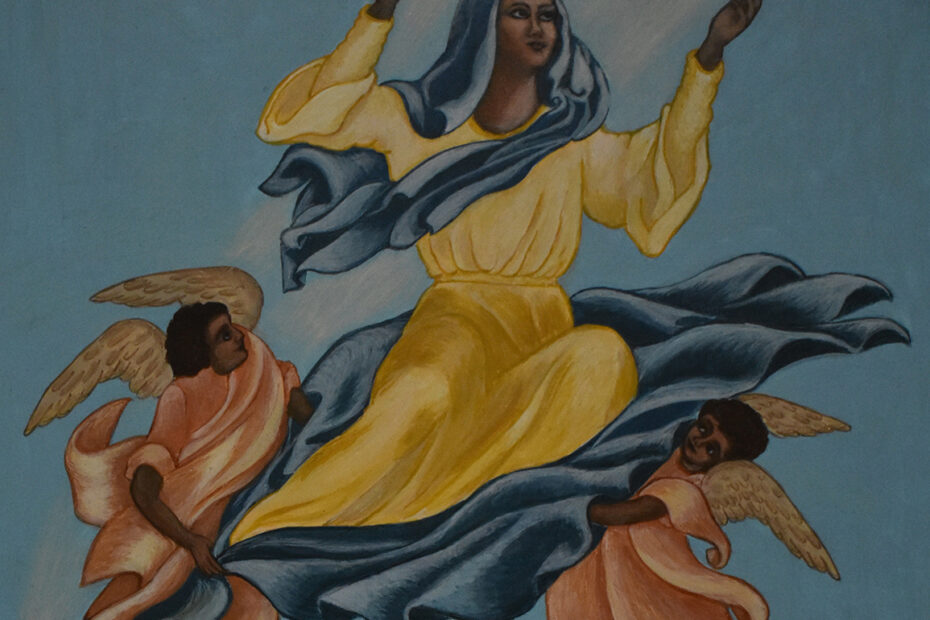 Reflection for the Feast of the Assumption

Today we celebrate a feast that only became a dogma of the church on November 1, 1950, under Pope Pius XII: the feast of the Assumption of the Blessed Virgin Mary, Mother of Jesus.  It is based on the tradition that Christians had believed for centuries, that because of her special relationship to Jesus, she was taken up to heaven as He had been.  It is a reminder to all of us of our own future resurrection.

Carl Jung, the famous psychiatrist at this time, saw it as a very important doctrine since it gave dignity to women.   Let me give you his own words:

“Assumption is the most important religious teaching since the Protestant Reformation…with Mary’s Assumption a feminine figure is in eternal life and is the veneration of the faithful…” (Carl Jung Letters, Vol. I, pp. 566-568.)

This is an interesting idea, that of the feminine figure, and an important one to us today.  Let’s consider today’s Gospel.  It is one of the few places in the Gospel in which no male voice is heard.  Zechariah is in his own home, but he is dumb.  The conversation is between two women – one the pregnant crone, the other an unwed pregnant teenager.  Both want to give comfort and nurture to the other.  Elizabeth had been barren and the source of gossip for some time: women were to bear sons for their husbands and their people. Also, Mary does not understand her pregnancy and, needless to say, neither does Joseph. There is probably chatter about both of these women in their villages. They exchange prayer and praise God together.  And, like most women, compare the changes they experience in their bodies.

Elizabeth Johnson says, “What emerges with undoubted clarity from their interaction is women’s ability to interpret God’s word for other women.” (Johnson, Truly Our Sister, p. 363)   They, Elizabeth and Mary, are helping each other see God’s work in their conditions and understand it as a source of salvation and glorification for God.  Carl Jung saw the feast as important to the status of women.  Thus, the choice of the Gospel about two women.

“…the figure of Elizabeth stands as a moving embodiment of the wisdom and care that older women can offer younger ones, who, brave as they are, are just starting on their journey through life.” (Johnson, Truly Our Sister, p. 262)

With the nurture and care they give one another they will be able to nurture the two prophets in their own bodies.

Mary’s Magnificat is a song from the Jewish tradition much like the hymn of Judith.  It is a song of hope and praise that wants to uphold the lowly and poor. No other woman in the New Testament speaks as much as Mary does here.  Luke must have had a great admiration and relationship with her to put this song on her lips. For some, it was so subversive that one government – that of Guatemala -banned its public recitation.

Mary acknowledges her lowliness, yet doesn’t let that stop her from acclaiming that she has been chosen by God. She is humble and knows what God expects from her even though she is one of the poor and oppressed. This song gave hope to those suffering from the Roman rule, just as Judith’s hymn brought hope in her time.

What are we to take from this Gospel about these two women? We, too, are prophets much as they were, called to bring hope to one another and to those around us.  We do some of this through our prayer life and, also, by being who we are in living our lives. A prophet can say much by living her ordinary life in an extraordinary way giving glory to God in mundane matters.

Mary showed us this by facing the difficult times of her life, even to kneeling at her Son’s cross as He died.  True, there are also wonderful times in life, but there are those times when we must carry our crosses just as Mary did.  Yet, all of us hope today for that wonderful resurrection.  That is our hope on this feast: that by being faithful to our calling and all that calling demands, we will one day, like Mary, enjoy a heavenly resurrection.