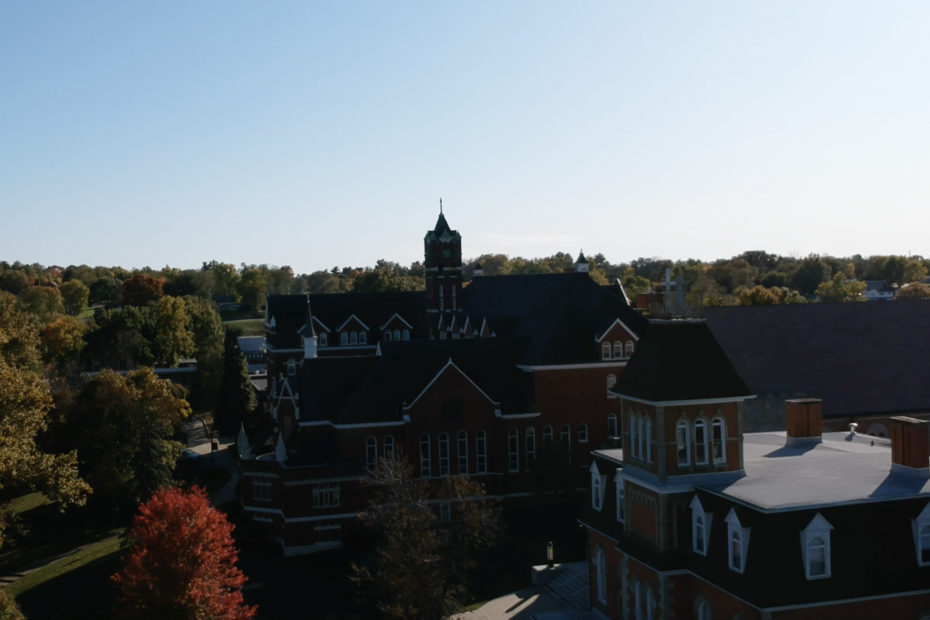 A Statement of the Conference of Benedictine Prioresses
March 21, 2013

As Benedictine monastic women, we stand united in a 1500 ‐ year tradition, rooted in Gospel values of peace and non‐violence.  Our Benedictine way of life requires us not only to be people of peace but also  “to foster peace in the society around us.” (1)    That peace is based on right relationships and mutual respect.  Any violation of the rights and integrity of people, of the land, and of the environment is an act of violence. A definite culture of violence is pervasive in our society in movies, television programming,  video games, music, and advertisements.  The proliferation of guns, both legal and illegal, has contributed to a significant increase in violence in the United States and in the drug wars in Mexico.

In 2010, guns took the lives of 31,076 Americans in homicides, suicides, and unintentional shootings.  This is the equivalent of more than 85 deaths each day and more than 3 deaths each hour. (2.)  In Mexico,  15,273 died in drug war gun violence alone that same year.(3)   Over 68% of the traced guns used in crimes in Mexico between 2007 and 2010 came from the United States. (4)  The United States has the highest rate of gun‐related injuries among developed countries, as well as the highest rate of gun ownership.   Besides the deaths and tragedies for families, friends, and associates, gun violence also affects society in other ways, including higher medical costs, reductions in quality of life because of fear of gun violence, and stresses on the criminal justice system. (5)

To help create healthier environments in families, schools, and communities and to reduce the impact of gun‐related violence, the American Psychological Association recommends multiple approaches, among which are education, training, access to mental health treatment, program funding, and research. (6)   The  Conference of Benedictine Prioresses endorses their recommendations.

In his holy rule, our founder  St. Benedict states, “Your way of acting must be different from the world’s way.” (7)   We, the Conference of Benedictine Prioresses, are compelled to address the rampant culture of gun violence and disregard for human life.  Therefore, in concert with statements issued by the United  States Conference of Catholic Bishops (8)  and the Leadership Conference of Women Religious (9), we call on lawmakers to: 

1. Conference of Benedictine Prioresses “Of All Good Gifts”, 1980

4. “Between 2007 and 2011, 68.5 percent of firearms recovered in Mexico and submitted to  ATF for tracing came from the United States”  http://www.feinstein.senate.gov/public/index.cfm/2012/4/feinstein‐new‐atf‐data‐proves‐ overwhelming‐majority‐of‐guns‐recovered‐in‐mexico‐come‐from‐u‐s

12. For 17 years there has been a ban on government research into the public health effects of  gun violence. Information about this can be found on the web:  http://vitals.nbcnews.com/_news/2013/01/16/16532333‐obama‐plan‐eases‐freeze‐on‐cdc‐ gun‐violence‐research?lite  Retrieved March 5, 2013